My mission is to eliminate frustrating, time-consuming and pointless security processes from all call centres 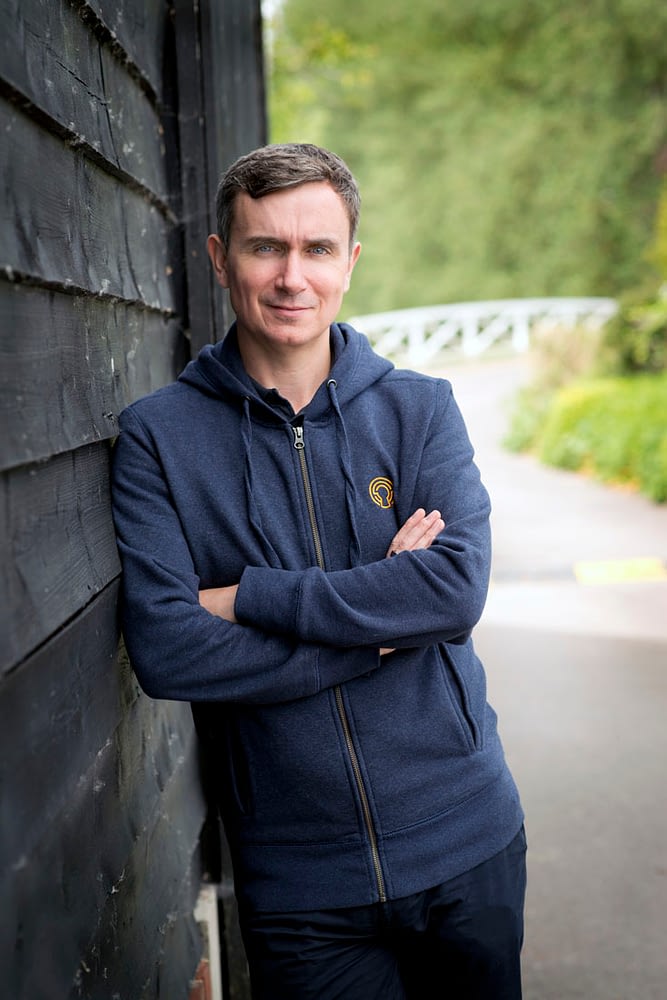 So I can achieve my mission, callers can get the service they need, agents can focus on delivering those needs and we are all protected from fraud I have many roles:

First and foremost I work with champions inside their organisations to create better security processes for their customers. I help them make the case, accelerate implementation and maximise the impact of modern security technologies in their call centres. From strategy workshops to floor walking I love nothing better than to get my hands dirty understanding what makes each organisation unique, developing and implementing solutions that deliver the most value for them. I help them design and choose the solutions they need rather than the solutions others might like to sell them.

We couldn't have done it without him. He brings an a ton of experience and outside perspective to the table.

I help solution providers and their leadership teams understand how to apply their technologies to the call centre security challenge. I help them develop their go-to-market strategy, product roadmap and communicate their value with prospective customers.

I help investors and executive decision-makers understand the market and potential of modern security technologies in the call centre. As part of the team at Opus Research I co-author the annual Intelligent Authentication and Fraud Prevention Intelliview which evaluates all solution providers in the market and the State of Intelligent Authentication and Fraud Prevention survey which measures adoption and sentiment amongst implementing organisations.

Full of actionable advice, Matt's book is a must read for anyone in the contact centre industry

I wrote the book: "Unlock Your Call Centre: A proven way to upgrade security, efficiency and caller experience" to help those that I can't serve directly to improve their own processes. I use my regular contribution to industry publications to encourage innovation from solution providers. I write blogs, whitepapers and eBooks to increase understanding of the challenges of traditional security and the opportunity of modern security technologies.

I give keynote speeches at call centre, customer experience and technology industry events to encourage and show organisations how to improve their security processes. I present webinars, facilitate panel discussions and participate in podcasts to increase understanding of the potential and reality of modern security technologies.

I deliver face to face and remote training and coaching for end-user and solution provider teams implementing or considering modern security technologies. I help them understand best practices and the realities of implementation so that they can design and implement solutions that work for their organisations. 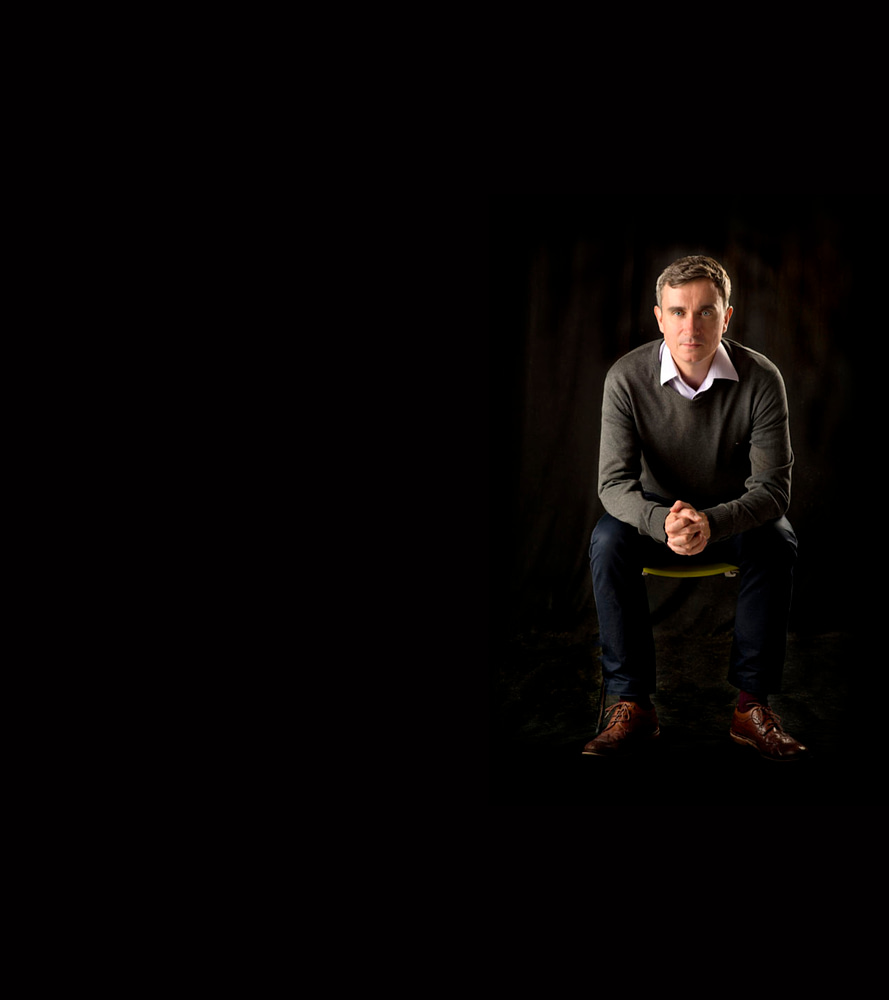 I've always been fascinated by problems that others thought couldn't be solved, especially when they involve the combination of advanced technologies (I'm a geek at heart) and people (I'm equally obsessed with human behaviour). In my first career as a British Army officer during the height of the "War on Terror," I found my niche developing techniques and tactics to help soldiers prevent terrorist attacks in Iraq and Afghanistan.

Later, I found my corporate niche in call centres. Their real value is the human at their heart, but the technology surrounding them can turn them into superheroes or prevent them from achieving anything. This combination of people and technology fascinated me, and I ended up leading contact centre and customer experience strategy and change teams at two of the UK's largest retail banks. In these roles, I saw first-hand the negative impact traditional security processes have on every dimension of call centre performance.

I finally convinced my leaders, after being laughed out of a few offices, that there was a better way, and they gave me the support to try. With many hard-won lessons along the way, we launched the world's first Voice Biometric service as the primary means for call centre authentication in 2012. We quickly proved that the technology worked better than expected and that customers and colleagues loved it.

We won a string of awards, and I was convinced that it wouldn't be long before every call centre security experience was like ours; quick, easy and secure, so I moved on to other challenges. But five years later, very little had changed. As I reflected on my own experiences, it became clear that it wasn't the technology. Organisations struggled to understand its value, how to implement it and make sure they got the outcomes they needed.

My experience and background uniquely equipped me to help organisations bridge the gap between the potential of modern security and the realities of their call centres. So in 2016, I left the comfort of corporate life, formed SymNex Consulting and haven't looked back.

Since then, I've been lucky enough to lead the design and implementation of modern security processes for several of the most customer-centric brands in North America and Europe. My measure of success is the 250 million quicker, easier and more secure calls their customers have experienced.

How do we get started?

If you like what you've read and think I can help, we should talk. Drop me an email, and we'll take it from there. You are not committing to anything, and there are no pushy salespeople, just me. Before you commit to anything, I want to make sure I can help.

Sometimes, I may not be the best person to help, or it may not be worth your while to progress. Don't worry; I'll always try and point you in the right direction. I absolutely won't start an engagement if I don't think I can have a significant positive impact on the outcome.

If we do work together then you can expect a few things:

I like data and numbers; they help cut through subjectivity and opinions. I'm going to ask for as much as you have and then some more. There are, however, always gaps and challenges, so I will want to balance data with observation. Watching and speaking to your colleagues who do the job adds context and colour that numbers alone can't provide. Don't be surprised when I ask to spend an hour or two side by side with your agents.

I've spent enough time in organisations to know there is rarely an easy answer (if there were, you wouldn't need me, and I'd tell you before you hire me). Most decisions involve difficult trade-offs and priority calls. My job is to communicate the actual cost, based on my experience, observations and your data, of those trade-offs in the most effective way possible. I'll use visualisations, diagrams and simulations to bring them to life for you and your stakeholders. There is probably no perfect answer, but together we'll figure out the best solution with the constraints you have.

I'm not going to drop some PowerPoint in your inbox and run. Of course, I'll want to be clear on my responsibilities and what deliverables you need from me, but I wouldn't be working with you if I wasn't committed to the tangible outcome. Situations change, unexpected challenges arise; I'll do my best to help you anticipate these, but when they do, then I'll be right there by your side. I'm in this for the long run, and my measure of success is your customers getting quicker, easier and more secure experiences.

Finally, my personal integrity is everything to me. I work with multiple end-user organisations, solution providers, analysts, and investors, but your confidentiality is always guaranteed. Everything I do will be to advance your best interests, not my own or other people's. I'll never endorse a solution or course action without understanding your full context and receive no compensation from solution providers for recommending them.

Caller Identification and Authentication doesn't have to be painful, expensive and error prone.

Dramatic improvements in the usability, efficiency and security of your call centre are possible.

Email me now to take the next step

Who do I work with?

I work with anyone committed to improving the call centre security experience. I've worked with some of the largest companies on the planet and small one-person startups. I'm so proud of them and the tens of millions of customers who now have quicker, easier and more secure call centre experiences.

Where are the logos?

Like you, my clients would rather not publicly share their challenges, and their successes result from their hard work and investment, so you won't find their names or logos on this site. Thankfully, I've built enduring relationships with every one of them, so if you need reassurance I'd be happy to introduce you after our initial discussion. So, drop me an email and let's start the conversation.